Herbs have been used for almost every ailment known to man for centuries. These amazing plants are used for medicinal purposes as well as in cooking by more than 80% of people around the world. A large number of pharmaceutical drugs contain the same active ingredients found in herbs. Although there are a number of people that blow off herbs, believing there are no medicinal values, a larger number are starting to take herbs a great deal more seriously.

There are many herbs that help with congestion or sinus conditions that can be treated by inhalation. As long as you do your research and know a particular herb will be safe, you might want to look into an dry herb vaporizer for maximum results. As vaporizers do not burn the leaves, they will offer a much better level of ingredients and a higher satisfaction.

Various herbs offer various benefits for an enormous range of ailments from sleeplessness to anxiety, or as dietary supplements to arthritis. Many of these herbs you probably already have in your kitchen or in a garden, such as an indoor hydroponics garden. So let's look at some leading herbs, their benefits, and when you should show caution.

Famous for its sweet, smoky aroma, lavender has been popular for centuries and a favorite ingredient used in bath oils, shampoos, and perfumes. Victorians put lavender top the list of most sought after herbs for its fragrance, as well as for treating an assortment of ailments.

Lavender is known for its relaxing properties, allowing you to get your much needed rest. Using bath oils or massage oils will improve your level of sleep with no side effects the next morning. It also offers great results from muscular aches and pains the oil is rubbed into your muscles and joints.

Studies have shown people who have suffered from hair loss and have applied lavender oil to their scalps have shown significant hair re-growth.

Some studies have shown that by placing a small amount on the upper lip and then inhaling the aroma, one can possibly reduce some of the pain and nausea that migraine patients suffer from. Placing the oil in a vaporizer could offer maximum results.

Put a few drops into a pure oil and apply to the skin, it will deflect bugs from biting. It's advised you use a good sunblock during day hours as your skin can become very sensitive to ultraviolet light.

Lavender is considered safe for most adults whether through food or medicinal use. Pregnant women or women breast feeding should probably play it safe and avoid it. Lavender should not be used on young boys (before puberty). It could cause hormonal imbalances and produce abnormal breast growth in young boys.

If you are going to have surgery, it's a good idea to stop using most herbs a few weeks ahead of time. If you have questions regarding herbs and surgery, always consult with your doctor first. 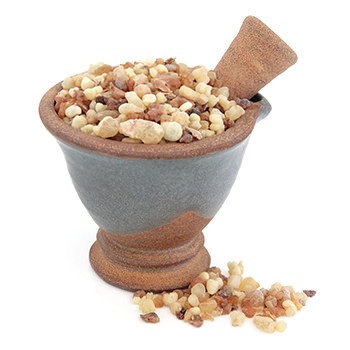 Myrrh has been used for centuries to treat a lengthy list of ailments such as asthma, congestion, arthritis, leprosy, spasms, and syphilis. It's a resin that comes from the bark of trees, looks very much like sap, and is used to make many different medicines. It is commonly used to bring down inflammation and kill off bacteria.

It has also been applied directly to mouths for swelling, gingivitis, canker sores, bad breath, and chapped lips. Wounds, hemorrhoids and boils are also treated with myrrh.

Myrrh is also used in incense, embalming, cosmetics, and its flavoring is found in many beverages and foods.

Myrrh should NOT Be Used by Pregnant women or women who are breast feeding. Myrrh can lower blood sugar and therefore, should also be avoided by diabetics. Consult with your doctor if you are taking any medications that, combined with myrrh, could significantly lower your blood sugar. 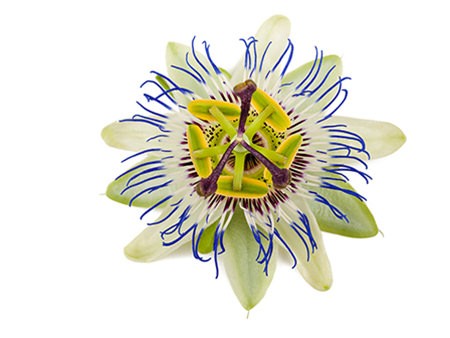 This flowering plant is commonly used to make various medicines. It was first discovered in Peru by Spanish explorers who thought the flower looked like Christ's passion and believed Christ blessed their explorations.

Applied to burns, swellings, and hemorrhoids it will bring down inflammations. It helps relieve anxiety, insomnia, and intestinal issues, and has relieved symptoms from narcotic drug withdrawal. Pain, irregular heartbeat, and high blood pressure have also been known to lessen from the use of this plant. Passionflower was approved for sale over the counter in the U.S, as a sleep aid but was then removed because its safety wasn't proven.  You can still get passionflower in pure form or through other herb products.

Pregnant and breast feeding women should not use passionflower as it may cause the uterus to contract and tests are inconclusive involving breast feeding. Play it safe and stay away.

If surgery is in your future, consult with your doctor first, it could counteract medications and anesthesia. 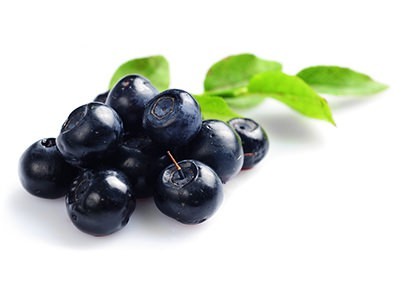 This little known perennial shrub is grown in damp woodland areas. Blueberries, huckleberries, and bilberries are among 100 different species throughout the U.S., Asia and Europe. In Britain they are known as whortleberries and in Scotland, blaeberries. They have been used as a medicinal remedies since the early 16th century.

Preparations of Bilberry offer good results for treating various eye conditions including cataracts, night blindness, the diseased condition of the retina caused by diabetes, and the deterioration of the macula, the opaque spot on the back of the cornea, which causes sharp focusing of the eye.

Its powerful antioxidants protect body tissues, including blood vessels, and improving circulation. It is recommended for diabetics because it will not lower their blood sugar but will strengthen their blood vessels. Researchers believe chemicals in the leaves called flavonoids actually do improve blood circulation in diabetics.

For most people, bilberries are safe when consumed in food. If taken medicinally, it should not exceed one year and can become unsafe if consumed for a very long period of time.

If diabetic and taking other medications, it is recommended that you keep an eye on your blood sugar.

There is little to no documentation regarding pregnancy or nursing. Play it safe and don't use during this time.

This herb is one of the most ancient of all and has been used medicinally for many different ailments. The dried flowers contain medicinal properties for hay fever, muscular spasms, wounds, menstrual issues, inflammation, and insomnia to name a few.

Chamomile may be administered in many different ways and preparations include vaporizers or more commonly, brewed tea.

The oils from chamomile are used extensively with aromatherapy because of its therapeutic abilities. It is also a major ingredient used by the cosmetic industry.

Most people will not experience negative effects from using this herb. Millions of people use chamomile around the world with no adverse results.

Do Not Use if you are allergic to ragweed pollens. There is little to no documentation regarding pregnancy or nursing. Play it safe and don't use during this time.

More and more consumers are looking for safer, healthier ways to cure their ailments than pharmaceutical medications. Herbs helped and, in many cases, healed our ancient relatives and are showing great promise right here and now. Most herbs used in a vaporizer will offer a much higher quality through the vapors, and the leaves can be used again.

As with any treatment, it is strongly suggested that you consult with your doctor or health provider before assuming if it's an herb and therefore is safe. Herbs have a variety of compounds and not all herbs might be right for you, so do your research first.

If you are on medications, do not incorporate herbs into your diet until you talk to your doctor or health provider.