While portable vaporizer units have become popular for people who want to enjoy on the go, desktop units are still considered to be the most efficient form of vaporizer. Most desktop models are only suitable for dry herbs and limit you to just one draw method, but the VapirRise is different. This innovative desktop unit works as a vaporizer for flowers and for concentrates and has a very flexible design. 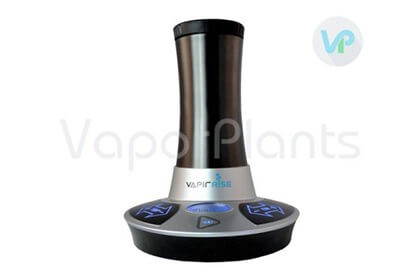 Vapir Rise is discontinued
Rating: 8/10 by VaporPlants
To purchase a similar model, click below:

While you can purchase accessories to expand the functionality of many desktop vaporizers, few models come ready to do it all right out of the box. The Vapir Rise 2.0 Vaporizer is the rare exception that comes with all of the parts and accessories needed to enjoy vaping in numerous ways.

The newest version of VapirRise is a multi-function desktop device that can be used as a dry herb vaporizer with aromatic blends as well as with waxy concentrates, essential oils formulas. The necessary herb and oil heating chambers are already included, so you don't need to purchase extra accessories to enjoy any of the vaping possibilities. If your friends bring along their own whips, up to four of you can enjoy the vapor production at once with the included multi-user adapter.

Whatever it is you're vaping, the Vapir Rise will give you the ability to draw in three different ways. You can use the included whip for a traditional direct draw or turn on the fan to get the benefits of forced air to make it easier to pull air through the mouthpiece. This Vapir vaporizer also can act as a balloon vape and comes with three valve-less bags to get you started. The device is built from the absolute best food-grade parts and features some parts not found in other vaporizer designs. One example is the replaceable HEPA filter, which has the ability to remove up to 99.9 percent of all fine particulates and contaminants from vapor. 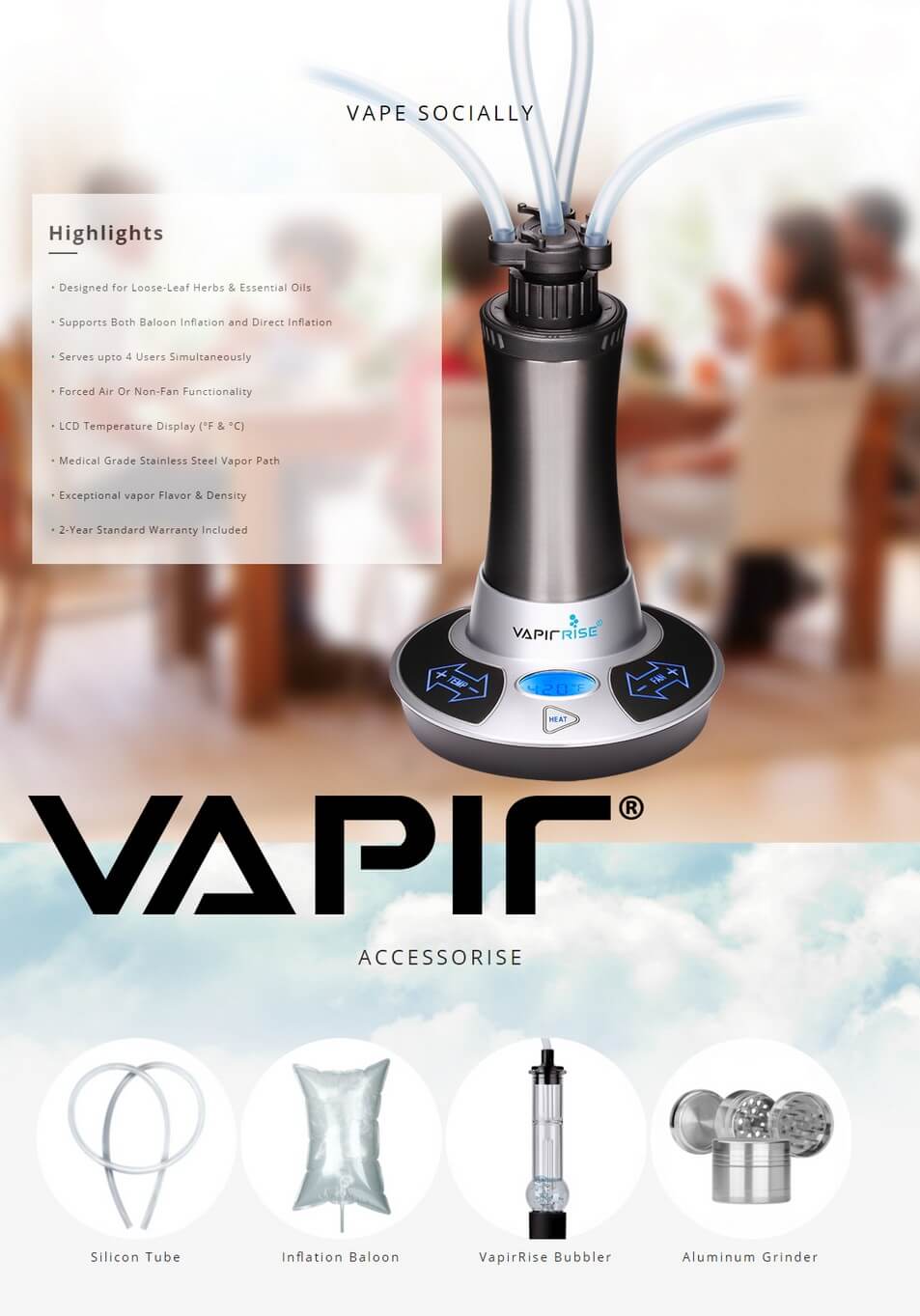 - Price - The Vapir Rise sells for around $250, making it less expensive than many other desktop vaporizer models on the market today. When you consider the price and the functionality of this model, it is an excellent value.

- Vapor Quality - While the Vapir Rise has a convection heating system that doesn't pose a risk for combustion, the desktop vaporizer's vapor quality is only about average. While the vapor isn't harsh or overly hot, other units do produce more flavorful, smoother vapor; however, those desktop units tend to be more expensive than the Vapir Rise. 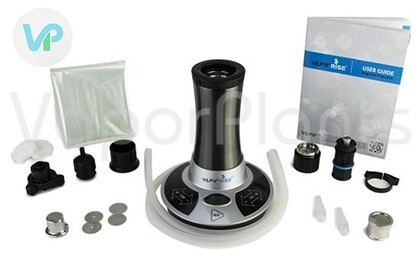 - Flexibility - It’s the flexibility of the Vapir Rise that really makes this device shine. You can use it as a direct draw vape with the included whip or attach bags to make the vaporizer work more like the Volcano vape. As previously mentioned, the unit works for both herbs and concentrates, separating it from the competition. It also comes with a multi-use adapter that lets you attach up to four whips, so a whole group can enjoy vaping at once.

- Prep Time - The Vapir Rise heats up faster than some other convection vaporizers; however, setting up the unit can be cumbersome, especially in bag mode. In order to be so versatile, and to be one of the best desktop vaporizers, it has to come with a variety of parts. At first, the sheer number of items in the box can be overwhelming, especially for new users. The instructions do allow you to correctly assemble it for the mode that you wish to enjoy, but expect it to take a while the first few times that you use these cheap vaporizers, which are also economical. 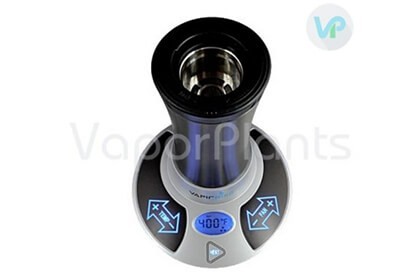 - Ease of Use - Digital controls make the Vapir Rise very easy to set once everything is assembled. In both whip and balloon modes, the vaporizer desktop unit is simple to draw from; however, there is one big downside to its design. If you have the heater on, the fan automatically turns on. This is fine in bag mode, but when you're using a whip, you need to keep drawing constantly in order to avoid wasting vapor. Some people may not mind this, but it does make it hard for you to take your time and relax between draws.

- Heating and Temperature Regulators - The Vapir Rise has digital temperature controls, that allow you to adjust it to the precise level of heating desired. An efficient heating system keeps the temperature within range throughout use.

- Power Supply - As a desktop vaporizer, the Vapir Rise requires electric power for operation. The cord is removable, making it compact for easy storage.

While the Vapir Rise doesn't rival the vapor quality of the Herbalizer or Volcano vaporizers, for a cheap vaporizer, it works remarkably well. This vape is a good choice for an experienced vapor enthusiast looking for the best cheap vaporizer for home use that will allow him or her to change up the way they enjoy vaporizing herbs.