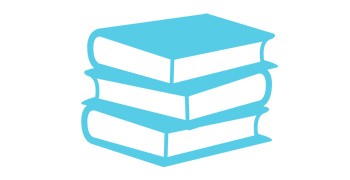 Before getting into the vast history of vaporizers, let's look at what they are. Vaporizers are devices that heat a variety of ingredients producing aromatic blends, tobaccos, herbs, medicinal marijuana, oils, aromatherapy and other plants. Vaporizers heat the ingredients vs cigarettes that burn the ingredients. The blends are heated to a level allowing the release of the materials but below the temperature that would burn them. During the process of heating, a vapor is released that is quite cool and non-irritating to the user's throat, eyes and skin.

Vaporizers are far more efficient at extracting the mixtures allowing a purer aroma then produced from smoke. Vaporizers have different extraction chambers that are composed of glass, ceramic or metal. The vapor is contained in a bag, pipe or hose. 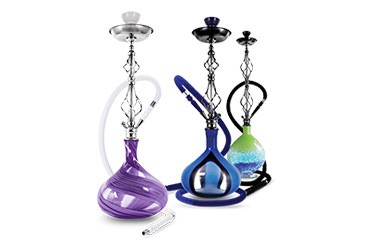 Many ancient civilizations, dating back to the ancient Egyptians. They would set up a bed of super-hot stones, and place plants or seeds on top of them. People would congregate around these stones, and allow the vapors to engulf them. Herodotus, during the 5th century BC, had written accounts of this ancient practice that seems to be rooted in Ancient Egypt.

Later on the vaporizer was redesigned into what became known as a hookah. A hookah is heated using charcoals and, again, does not burn the material it simply vaporizes the material. Hookah is also known as a Water Pipe, narghile, arghila, qalyān, shisha, which dates back over 1,000 years in India. Introduced into Turkey approximately 500 years later. They became so popular that upper classes used them for social gatherings. In turn, the shapes and designs became more ornate to fit their wealthier lifestyle.

In 1993, Eagle Bill Amato, the Father of Vapor became familiar with vaporizing from a California grower who used a heat gun to vaporize various aromatic blends. It's believed that Eagle Bill literally revolutionized the vaporizer with his invention known as Shake and Vape. This device was based on the Ancient Egyptians method of using indirect heat to form vaporization. It was a glass pipe that was heated on the bottom of a glass bowl using a flame but not igniting the compound directly. This form of vaporization was used by the Native Americans and therefore his pipe was called the Peace Pipe of the Future.

Through the centuries, the design of the vaporizer has changed dramatically, reflecting the culture and needs of various groups of people. Vapes have always offered clean inhalation with little known down sides. Vapors to do not have anything in them that the consumer has not chosen to put in them. Unlike e-cigs, nicotine does not exist which is considered the addiction in combustible cigarettes and probably e-cigarettes as well. To read more about the vaporizer future, click here.

Most commonly known as a device used for inhaling marijuana, the popularity of hookahs took off in the 60s. More recently, the invention of e-cigarettes has reintroduced vaporization as an alternative to regular cigarettes that produce smoke. These cigarettes are powered by a battery, using a heating element called an atomizer that produces vapor. This atomizer vaporizes liquid solution containing glycol, glycerin, nicotine and an assortment of flavors.

At this time, there is very little known regarding the risks or benefits of e-cigarettes. Many smokers are turning to e-cigarettes to help them pull away from the addiction of common cigarettes.

Studies* have shown that vaporizing marijuana delivers much lower levels of harmful ingredients that are found in grass rolled in paper (cigarette). Approximately 20% of patients suffering from HIV, epilepsy, multiple sclerosis and other chronic pain are using marijuana for therapeutic reasons. 34% of these patients have found a significant drop in their levels of pain. People needing medical marijuana, are finding vapes a much better alternative for their treatment.

Vaporizers will continue reinvention and designing for some time to come. Whether used for medicinal or recreational aromatic therapy, vaporizers are a much better alternative to inhaling or being surrounded by smoke.

Vaporizers are leading in popularity due to their overall clean, harmless inhalants that are also favored by those treating patients' medical issues. There is little doubt that these devices will be going away anytime soon as more and more consumers discover their value. Unlike combustible materials, a vaporizer leave the components or materials intact. Although they have been vaped, these blends retain their active ingredients and can be used again. These materials do remain in the vapor bowls as dried out and black, but are still very potent. By re-vaping or cooking these ingredients, these concoctions can be used over and over again, offering a higher value for the consumer's purchase.

Vaporizers do come in many sizes and shapes, but the latest popularity seems to be leaning toward portable vapes that can be carried in a pocket or a handbag, making them more flexible. There are manufacturers (including: Magic Flight) who are now working toward compact sizes that still offer the highest quality and efficiency. These smaller units allow people to bring their vaporizers with them where ever they are going to be. They can bring it to a beach, camping site, cookouts and endless other possibilities. Smoke shops and other specialty places are already lining up their shelves with vaporizers in every shape and size.

With the legalization of marijuana (in some states), many different vaporizers are being sought after. Consumers are discovering the pureness of vapor and opting to use these devices for tobacco, herbal concoctions and aromatic oils. It looks as though history shall repeat itself, dating back to the amazing Ancient Egyptians.


VaporPlants is your home for the best Vaporizer, Vape Pen, and Vaping products