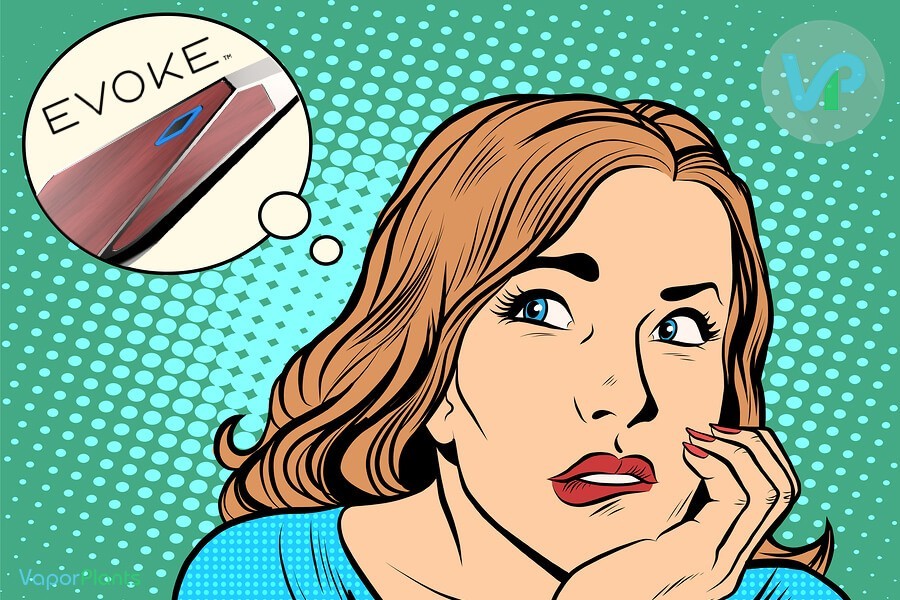 There has been a lot of hype surrounding the much anticipated and upcoming Loto Labs-created Evoke portable vaporizer in places where it is legal to vape herbs, especially as the vote for legalization in four prominent states, Maine, Nevada, California, and Arizona, draws nearer. As we get closer to the release date of the Evoke herbal vaporizer, it seems that the terms and wording surrounding the release keep changing, and this has many people confused and unsure of what to think.

For instance, the Evoke vaporizer hype originally promised a device that could use all three mediums--dry herbs, e-liquids, and concentrates. They said each unit would have to be separate, and during their crowdfunding campaign announced that if you backed their campaign, you needed to choose which type of herbal vaporizer pen that you wanted. This meant choosing between a dry herb vape pen, a dab vaporizer pen, or a typical electronic cigarette.

Recently, Loto Labs released a statement that seems to be going back on this, saying that they initially did not think they could create a vaporizer that could perform all three of these functions, but in the end, they were able to complete this design challenge. Cool, right?

Things then went from bad to worse as the look of the Evoke vaporizer went from one that was slim to one that is chunky and fat--something that won't easily fit into your hand. Simply put, many people are very disappointed.

As if that wasn’t enough, Loto Labs changed their story again by essentially stating that, yes, the Evoke vaporizer for herbs will be compatible with all three materials, but those who supported them on Indiegogo will receive the induction core they got on their initial order, as well as 3 wicks, and 3 capsules for the core. So if someone chose the dry herb version, they get the Evoke, the dry herb core, and 3 dry herb pods and wicks.

And then to further the disappointment of the crowdfunders, they found out that the batteries, chargers, and accessories are sold separately from the unit itself.

It was then announced that the price for the final release, should it come, will be over $400. Many people are wondering if all of this change and conflicting information is worth it. Some claim this is just the product of a crowdfunded item and that it is to be expected. Others are saying that this is unacceptable and are feeling a bit cheated. So will the Evoke really be everything it’s cracked up to be? If it does, will people be satisfied with the product they paid for? Only time will tell.

The biggest reason that eVoke has been approved for medicinal use is that it has gone through "technological progress" that other vaporizer companies have not yet mastered. It was designed to be a familiar, yet high quality product that looked like the cig-a-like vapes that first came out. People loved these vapes because they looked like a real cigarettes, which helped them to quit more easily. There has been some red tape that has prevented this from occurring, but it is still something that is being worked on.

The eVoke is a loose leaf herbal vaporizer that has been officially designated for use with medical herbs, but that was over two years ago. Many people are wondering--is this vaporizer ever going to come out? It has been in production for many years now, and no one really knows what's going on with it. There have been a few hiccups during production, such as issues with metal clips and other small things that are being resolved. Many customers have already pre-ordered this device as long ago as 2013 to no avail, as the eVoke vape still has not been sent out to those who have. There has been talk that this vape is finally going to be shipped, but it appears that eager customers who are ready to use the eVoke whether for recreational or medicinal use are still waiting.

During this point of the process, all of the patents that were so groundbreaking at the time have been overcome by the newer dry herb vapes on the market, and they have become outpaced by those newer models that are able to sell at a much more affordable price. The only way they can really continue to market themselves as what they were hoping for is to re-apply for the eVoke to be used as a medical device. Truly, it seems to have come down to the fact that this company was not prepared to provide the evidence they needed to get this product through the medical market.

When can these vapes be expected to arrive for those eager customers? The answer is still unclear. eVoke states that they are still doing everything they can to get these bad boys up and running, so that they can be passed out and used, as they recognize that this is especially important for those who are hoping to vape safely and get their medicine delivered to them in a more healthy and efficient manner.