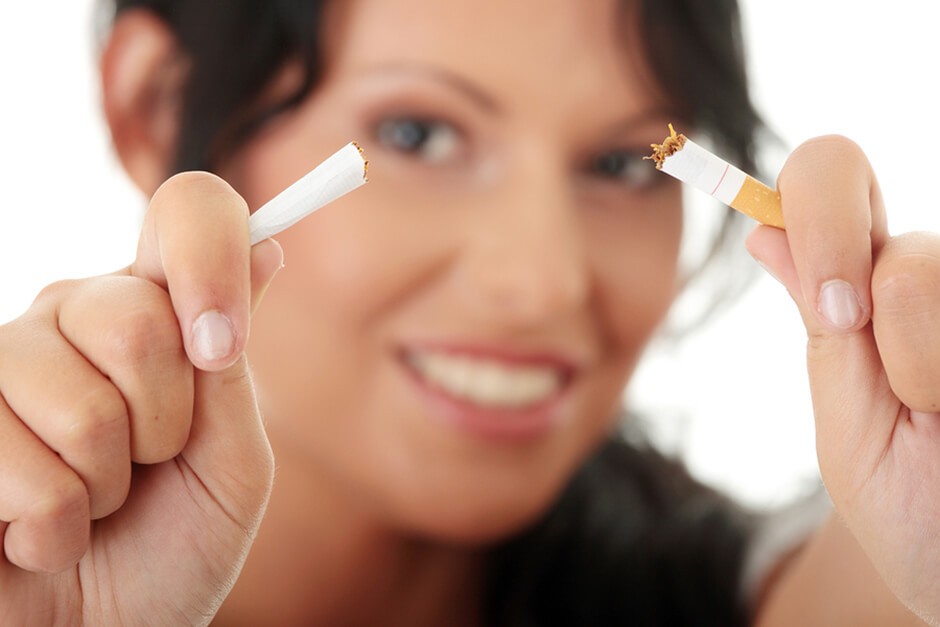 With two major tobacco giants, Reynolds American and Lorillard merging, there has been a lot of buzz about the current number of smokers. The number of people who smoke cigarettes is slowly but steadily declining, and people seem to be becoming more aware of the dangers posed to their bodies by continued usage of tobacco products. This does not mean that it has ceased completely, however. Even with knowledge of the benefits of vaping vs smoking (for more information see VaporPlants), the number of smoking adults in the United States is estimated to be a staggering 40 million. This number should be alarming, as cigarette smoking accounts for more than 480,000 deaths every year and causes 16 million Americans live with a smoking related illness.

Smoking cigarettes is the leading cause of preventable deaths in the United States and in the world. It is estimated that 6 million deaths per year globally can be attributed to the use of cigarettes. This is plausible, as not only do cigarettes cause cancer, they cause other lung diseases, diabetes, heart disease, stroke, emphysema, and chronic bronchitis. Smoking increases ones risk of developing certain eye diseases, immune system weakness, as well as tuberculosis. In males, it can cause erectile dysfunction. 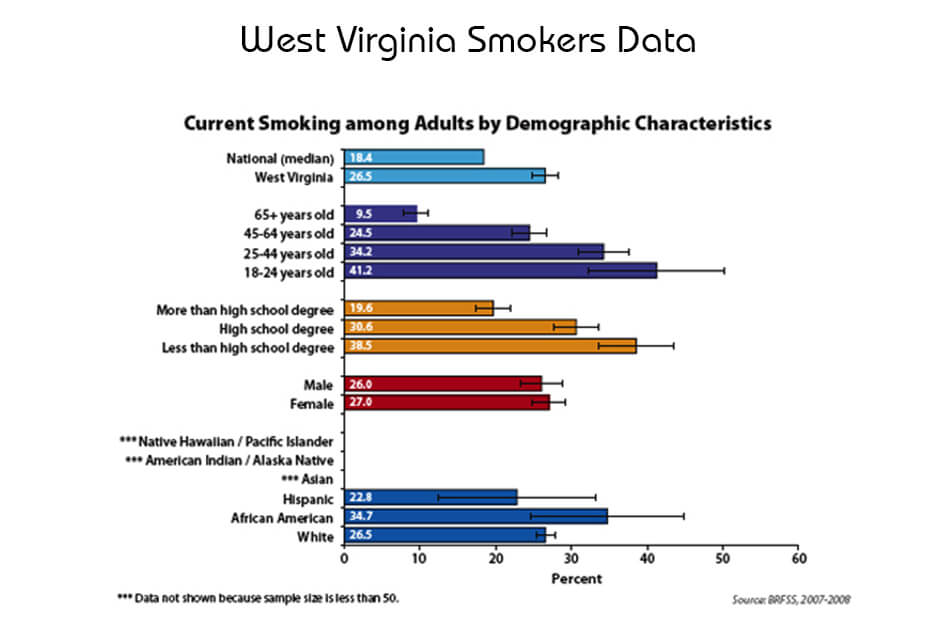 So Who Is Still Smoking?

With all of the risks considered, there are still a surprising number of people who choose to smoke. There is much evidence that certain demographics contain a higher rate of tobacco smokers than others. Smoking seems to be more common in those who have a GED education, those living below the poverty line, as well as among the indigenous peoples of America, including Alaskan Natives and American Indians. Smoking rates are also higher in the lesbian, gay, bisexual, and transgender community. 18% of adult men smoke, along with 14% of adult women, according to the CDC. As of 2014, it was shown that the lowest smoking rate in America is in Utah at a percentage of 9.7%, and the highest rating is in West Virginia at a rate of 26%. 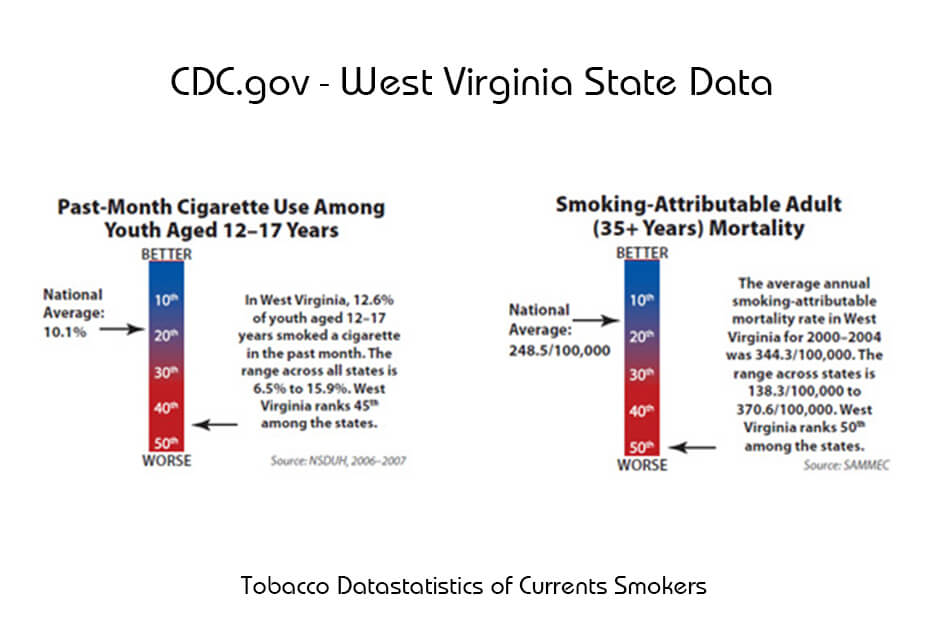 In a state that is close to the poverty line and low in education levels, it makes sense that it also has the highest level of smokers in the country. Of the youth in the state aged 12-17, 12.6% smoke cigarettes. In adults, that number is as high as 26%. In this state, there are over 3,800 deaths per year of adults aged 35+ years that were directly related to tobacco. Though they have taken steps to limit advertising and laws have been put in place to prevent smoking in public forums, smoking is still on the rise in West Virginia, which begs the question--what would it take to finally make everyone quit for good?

With information growing about the benefits of using a vape pen (for more information see VaporPlants) instead of cigarettes, the number of smokers has declined overall. But, as we can see, there are still a solid number of smokers all across the country who can’t quite let it go. As more literature is produced around the vaping lifestyle and more smokers convert to vaping, we can hopefully continue to watch these alarming numbers decline and watch the health of the nation rise.