10 Common Mistakes about Vaping and Ecigarette 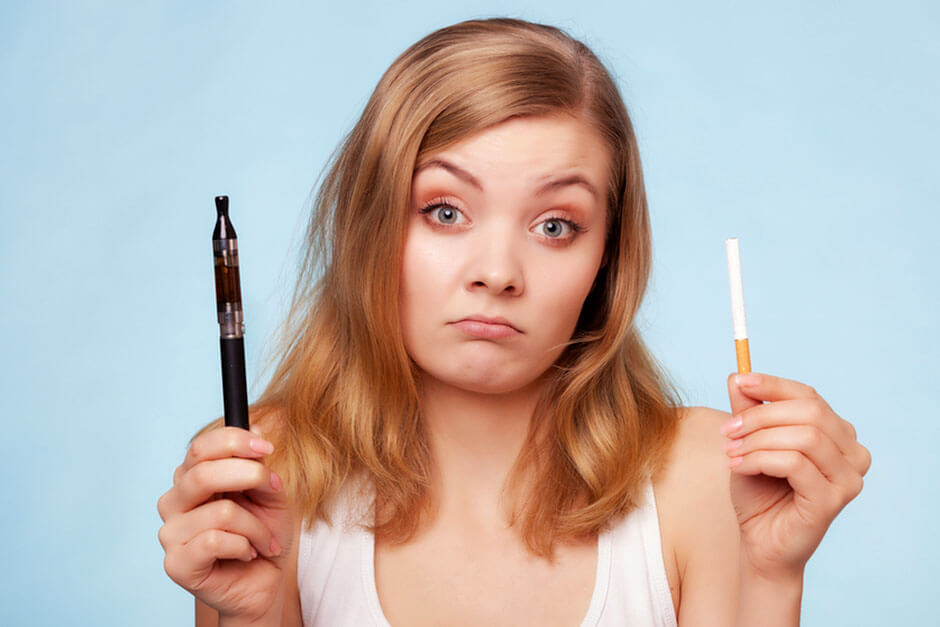 While vaping is becoming more and more popular, there are still a lot of misconceptions and misunderstandings about electronic cigarettes. Even long-time vape enthusiasts often make these common mistakes

1. Calling everything that is used to vape an e-cig.

While the term e-cigarette is loosely applied to all types of devices made for vaping e-juice that contains flavors and nicotine, technically, the term is only correct when it is used for old-school cartridge-style devices that look like cigarettes and are used until they are empty and then thrown away. Reusable vaping devices are actually either advanced personal vaporizers or mechanical mods. The former consists of a rechargeable battery, a tank, and a mouthpiece sold as a set, while the latter features replaceable batteries that can be adjusted to different voltages and wattages for custom performance.

2. Assuming that the ingredients in e-juice are unknown.

One of the arguments that many people make against the use of vape mods and ecigs is that the e-juice that goes into them is filled with mysterious ingredients that could be harmful. The truth is that most e-juice products contain three ingredients: propylene glycol, vegetable glycerin, and flavors that are either natural or the same types of artificial flavorings used in foods. All of these ingredients are food-grade and not known to pose serious health risks. Nicotine is a fourth ingredient found in some e-liquid products.

3. Assuming that all vapers are in it for nicotine.

Most people think that everyone who uses an e cigarette or a box mod vape is doing so in order to inhale nicotine; however, sales data from e-juice manufacturers shows that there is a demand for nicotine-free e-liquid. Some people vape just to enjoy the flavors of vapor. Others are former smokers who enjoy the experience of inhaling vapor but no longer need nicotine to avoid withdrawal symptoms.

4. Accusing the vape industry of trying to sell to minors.

Another big misconception about the vape industry is that companies that make dessert and fruit flavored e-juice and vibrantly colored ecigs and e cig mods are trying to market to children. The truth is that adults are demanding these types of products. Just like public health officials, the majority of stores that have ecigs and vape mods for sale, as well as the manufacturers of vapes want to keep children from using their products. That's why most support state efforts to pass laws banning the sale of electronic cigarettes and mech mods to minors.

5. Thinking that the vape industry is opposed to regulations.

Critics of vaping act as if the vaping industry is as lawless as the Wild West, with manufacturers and vape shops unconcerned about the health and safety of the general public. The truth is that a lot of self-regulating is already taking place in the industry. Many manufacturers already use childproof packaging and have safety locks on their vaping devices, and both brick and mortar and online vape shops typically refuse service to people under the age of 18 or 21, even in states that don't require them to do so.

The scientific evidence already gathered on vaping suggests that using an e-cig is safer than smoking and most health care professionals agree; however, research has shown that there are trace amounts of some potentially harmful substances in vapor. For instance, one study found that toxin levels were 9 to 450 percent lower in vapor than they were in cigarette smoke, but there were still small amounts of substances of concern in vapor. This doesn't mean that vaping is dangerous, but those who consider using an ecig should be aware that vapor isn't 100 percent free of toxins.

There has never been a scientific study that shows that being exposed to secondhand vapor causes serious health risks. The push to ban vaping in public places is largely due to people lumping vaping and smoking together rather than any hard scientific evidence that warrants concern.

An e cigarette is not an FDA approved smoking cessation aid, but that doesn't mean that no smoker has ever kicked the habit by using one. The success rate of people quitting with the help of electronic cigarettes and mechanical mods has been shown to rival the rates associated with smoking cessation aids like nicotine gum. People who vape e-juice with the right amount of nicotine for their needs are often able to give up tobacco without experiencing withdrawal symptoms.

9. Stating that there is no medical support for using e-cigarettes.

Many health care organizations and public health groups have good things to say about vaping, including the American Council on Science and Health, the Royal College of Physicians, and Action on Smoking and Health. Doctors around the world routinely recommend vaping to patients who are trying to quit smoking.

10. Arguing that there is no research into the effects of ecigarettes.

While it's true that vaping hasn't been around for long enough for there to be long-term studies on its effects that span multiple decades, there have been hundreds of research studies done at well-respected institutes, hospitals, and post-secondary educational institutions. More research is of course a good thing, but the assertion that we don't know anything about vaping, its benefits and potential risks is blatantly false.